This year was the first memorial service since the monument was completed and dedicated in October of 2012. It was presented to the City of St. Petersburg by the Heroes of the St. Pete Police, Inc., a non-profit organization. 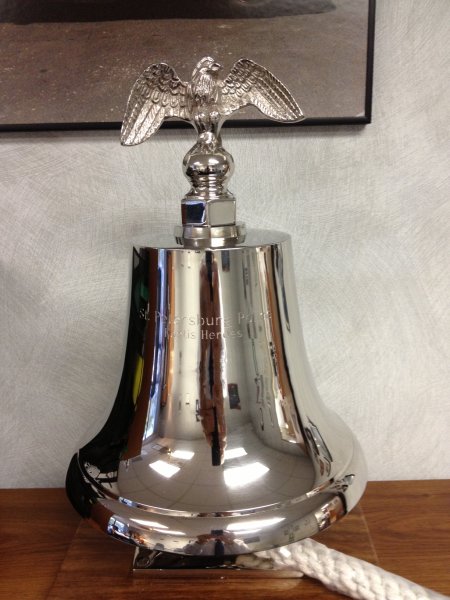 The service starts a tradition of a candlelight vigil during the month of May commemorating police officers, past and present, who by their faithful and loyal devotion have rendered a dedicated service to their community. An engraved, ceremonial bell will be brought to the site and rung once for each fallen officer as their name is read. The solid brass 24 pound bell is engraved with “St. Petersburg Police – Fortis Heroes” and will be kept at the police station during the year. The bell’s clear tone will ring out in remembrance in the beautiful waterfront park.

Although this ceremony commemorates the fifteen fallen officers of the St. Petersburg Police Department, it honors all officers that have lost their lives or have become disabled in the performance of their duty.

Dedication of headstone for Chief James Mitchell Friday, May 12 at 9 AM – 10…

A memorial ceremony was held at the police memorial in Demen’s Landing. View more photos…

By STEPHEN THOMPSON | The Tampa Tribune LARGO -- Compared with last year, there were more…